BD Authors - Participants and Guests of the Festival
(in alphabetical order of countries, then of the surnames of the authors-illustrators and cartoonists authors)
For artists interested (es), send your request to : Festivalbdtunisie.sousse@gmail.com
Only the first candidatures of Tunisian artists will be taken care of (housing and boarding) by the Festival.
Exhibitions program in progress

Gather around the artisitc expression of the 9th Art, the amateur or professionnal general public, the French-speaking youth (with a house dedicated to Arabic comics), to exchange together in a dynamic, humorous, learn from each other, and appreciate the French language.

Our General Artistic Director is Jean-Philippe MARTIN, Scientific Advisor of the International City of the B.D. and Image of Angoulême. 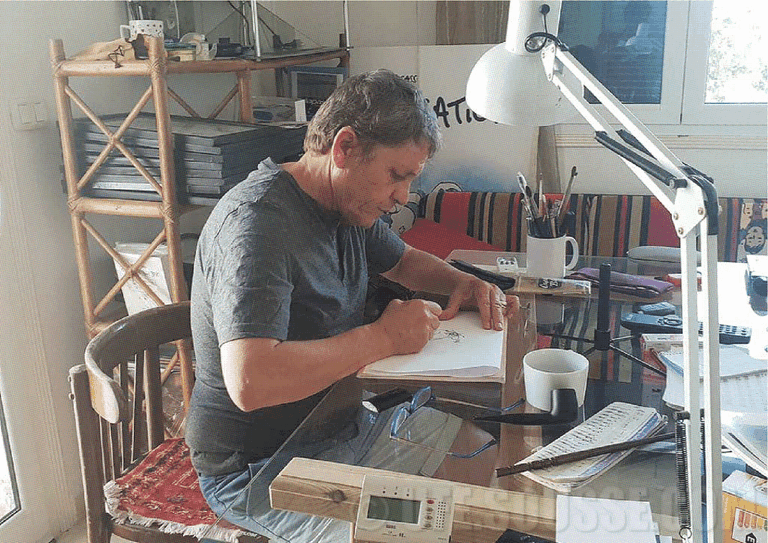 Lotfi BEN SASSI
Born in Tunis in 1959, Lotfi BEN SASSI is a Tunisian journalist, caricaturist, cartoonist and scriptwriter.
He started in 1978 at La Presse in Tunisia before also practicing in Tunis-Hebdo.
At La Presse in Tunisia, he publishes until today a drawing in the front page of the newspaper to comment on the news, using his favorite characters, the BokBok.
It publishes three collections of drawings, in this case With or without visa to Apollonia editions in 2002, The BokBok are football! at the same publisher in 2010 and The Woman is the future of man at Orients (Paris) in 2012. He also exhibits his drawings3 and takes part in meetings of draftsmen.
In the audiovisual field, he writes a remake of the series Haj Klouf for the national radio and co-writes with another journalist and cartoonist, Imed Ben Hamida, the scenario of the sitcom Café Jalloul for the channel Hannibal TV.
He is also involved in the design of advertisements, particularly for Tunisie Telecom.
At the theater, he co-wrote with Ben Hamida the text of a show about Salah Khémissi played at the International Carthage Festival.
Albums: (latest releases): Lotfi Ben Sassi, Bokbok Cream, Ariana, Edito editions, 2016
Lotfi Ben Sassi, I'm Arab but I'm caring, Ariana, Edito editions, 2017 - Lotfi Ben Sassi, Mendialization, Ariana, Edito editions, 2018
https://www.facebook.com/bensassil 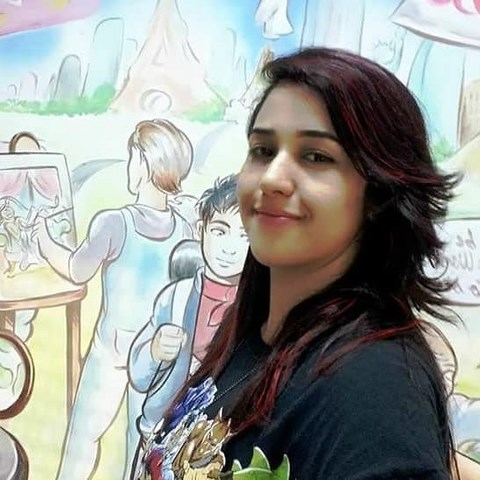 Héla KARMOUS
Born in Sousse in 1990, Héla pursued studies in physics, then her professional life turned to the art that has always been her passion and especially mural painting and digital painting.
She began her career as a freelancer in digital art in 2015 with various Tunisian and American companies.
Now she is a leader in an art association 'brotherhood art' which works for graffiti events all over Tunisia.
Winner of the festival poster contest ! Congratulations ! 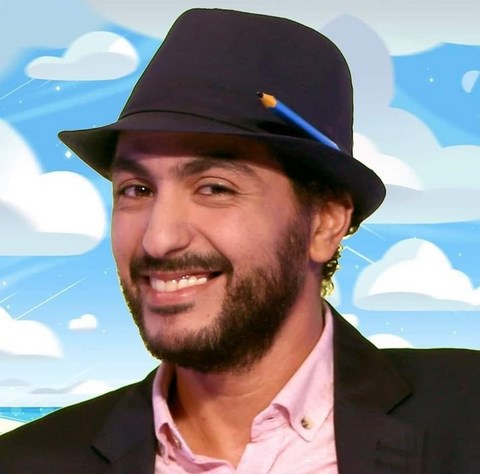 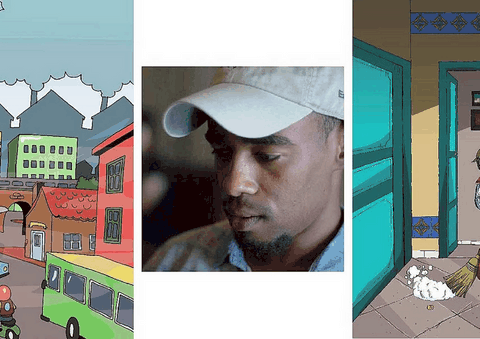 Achraf TAYEB
Graphic designer / illustrator
-Collaborating with several publishers in Tunisia as an illustrator and model maker
-Born in 1987 in Kébelie
- Letter tray in 2006
-National diploma in arts and crafts, graphic design specialty of the Higher Institute of Fine Arts of Tunis in 2012
-invited to the international comic book festival of Algiers FIBDA in 2012
-Published in 2014 in the French comic periodical "Go with my Rock"
-Published in 2014 in number 5 of the Tunisian BD periodical LAB 619
-Having participated in several collective exhibitions and comic book festivals in Tunisia such as Comicon 2018
facebook : https://www.facebook.com/tvisualart

Tunisian Artist Drawers (non-exhaustive list and subject to partnership) :
- New list for 2021, pending registration
These are the Ambassadors of the Tunisian Comic Strip, essential to the success of the 1st International Comics Festival in the country of Tunisia, bringing together the forces of life, and the French-speaking friendship between the Tunisian founders, the Tunisian cartoonists, and the General public.
Tunisia wants, after the revolution of Jasmine, to fully live its freedom of action and to think in its new democracy, in search of new creations.
For interested Tunisian artists, send your request to : Festivalbdtunisie.sousse@gmail.com 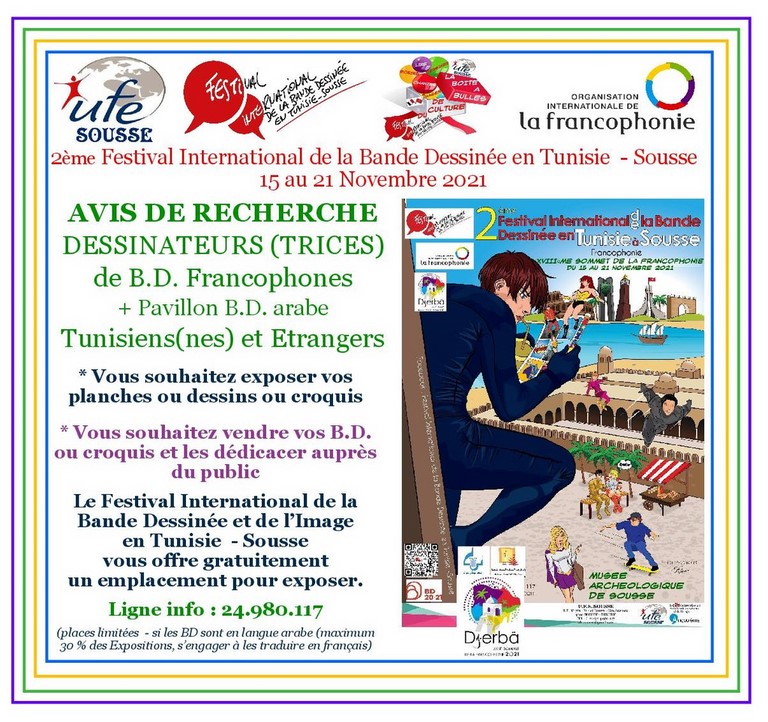 Our Artistic Director of the first edition, Habib BOUHAWEL, passed away on February 26, 2021, following a long fight against the disease.
Great painter and great artist, always free of expression and thought, wonderful designer and passionate about Comics, Habib guided us for the 1st edition with great professionalism and renowned humor.
Your talent and your frankness will be missed a lot, a lot, a lot to Tunisia, and to your faithful friend, Lotfi BEN SASSI and to us! 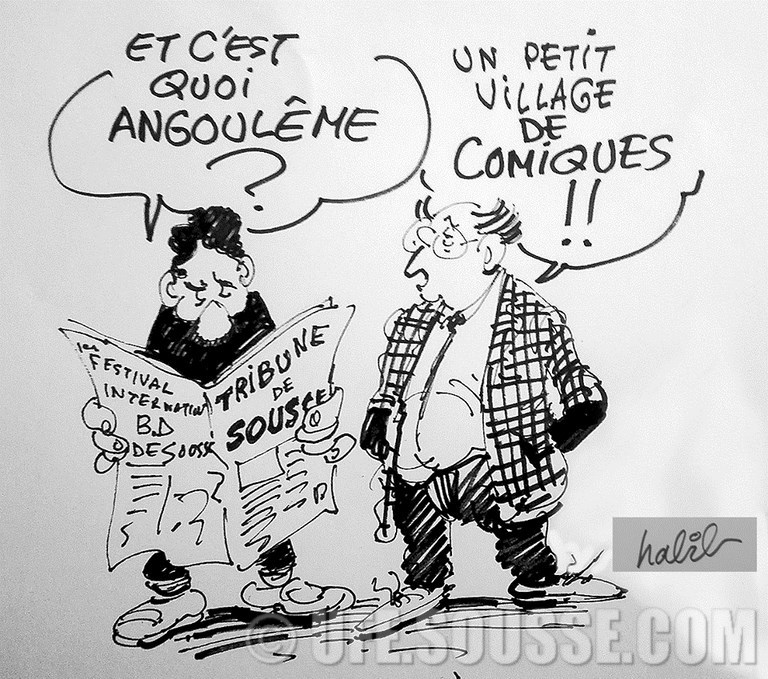